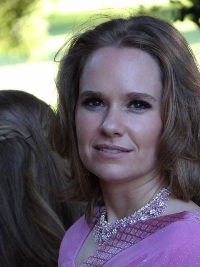 If you were to give Josi Wales the option of choosing a super hero ability she would jump at the chance to fly. Being a stay a home mom, she longed for sights outside her daily scenery and found them in the worlds she creates without taking a step outside. And though you might think those people are crazy who walk down the streets animatedly talking to themselves, she secretly is one of them. Though well hidden, Josi puts this endless habit of ongoing and senseless conversations into the lives she molds.

Deciding to take on the daunting task of attempting to write a first book, Josi toiled at the computer and painstakingly produced the first chapter. Excited and proud of the hard work and effort she put into it, she nervously handed it to her husband and waited. The outcome was not what she had hoped, but loves her husband more for the honesty and uplifting support that swiftly came after. Forcing herself to look at the positive side and backed with her husband’s kind words, she took another brutal stab at rewriting the first chapter and came out, this time, with happy tears.

Writing fiction books allows her imagination to run wild. Anything is possible when you get to make up the rules and she likes to play on human emotions. She tries to set the scenes so that her readers can relate to the feelings and situations happening on the pages and bring them to an atmosphere that is different from their own.

Already she has more ideas of outlandish, or right in your back yard stories eager to be written, and hopes to make mouths drop or tears fall.