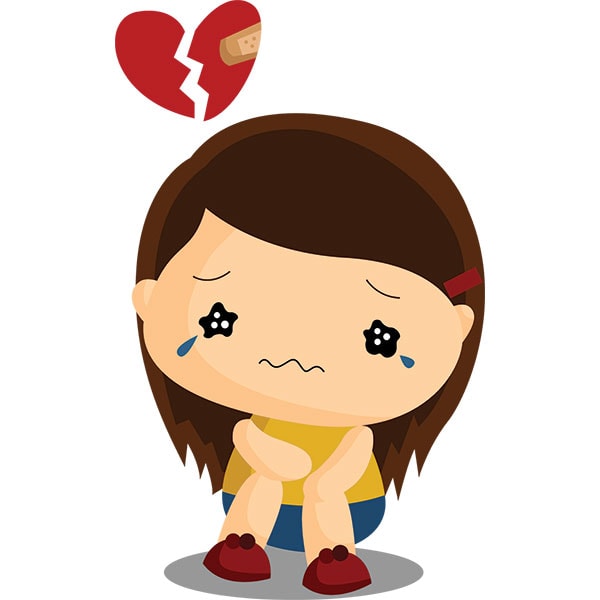 Three times in my life I have felt strong feelings for someone without the return of their interest. I look back now and wouldn’t say it was love, but the desire to love someone. Love now has a whole new meaning to me with ups and downs that can build unity or tear apart. But the idea of loving someone and receiving their love in return is magical.

The first time I desired to love someone I was very young. I was in kindergarten and there was a cute little blond boy. I barely knew him, but I only have one vivid memory of him at that age. We had been running around, chasing each other and laughing. He went up to the teacher with a worried expression and a hand on his chest. I remember him saying something about his heart was about to burst out of his chest. The teacher chuckled a bit and told him it was from all the running around. I knew him up until high school, but that was the only time I had a crush on him.

The second time was the hardest. It was over a couple summers, and I only got to see him one week during the summer. I went to my church’s girl’s camp every year, which I really enjoyed, but the first two summers were the best and it was all because of a cute ranger just a couple years older than me. I thought he was the cutest and most awesome guy in the world at that time, but so did most of the other girls. Every time I saw him I smiled, and I may have called out to him a few times, but I was also shy and had never had a boyfriend, besides a little boy in elementary, but I had never even held a guy’s hand. This ranger always smiled back and I’m sure he enjoyed all of the attention. One night he joined us at our camp fire while we were playing games. He joined in a game called If you love me give me a great big smile. I eyed him from across the fire and now and then we made eye contact. The game was fun and I secretly hoped someone would pick me so I could pick him. I was a little sad when another girl picked him, but after she made him smile it was his turn to make someone else smile. He looked around the group, maybe fifteen or so girls, and then looked at me. Oh man, I freaked. He walked up to me, but I was so head over heels I didn’t know what was happening. I have no idea what he said, but I think he put a hand on my cheek. The moment was over so fast, because I couldn’t hold back my excitement of being picked by the cute ranger. I was excited the rest of the week and when it ended I got his address. I believe I wrote to him once or twice and received at least one letter from him over the next year. When summer came again I hoped he would be there, and he was. I was super excited and said hi to him when I could. I had high hopes of continuing things from the previous year, but he ended up liking a friend and she was as excited about it as I would’ve been. I was heartbroken, but what could I do? She was my friend.

The third time was a few years later. There was a boy in my church that I had a thing for. I’m not sure if he knew, but from my point of view it looked like he wasn’t interested. I would go to the monthly church dances and look for him. When I worked up enough courage I would ask for a dance. We hardly talked and when the song ended we went our separate ways. That was how it was for a while until the last dance I can remember. I want to say I had asked him for a dance or two, but it always ended the same. A little small talk and then we walked away. When the music started for the last slow dance, I decided I would let someone ask me, and they did. A guy I didn’t know. I said yes, a little bummed it wasn’t a certain someone I had hoped for, but when I stood and turned I saw him. From my perspective, he stopped and looked at me and I looked at him. I wanted to tell this other guy I changed my mind, but I also didn’t want to be rude. I frowned a little and whispered sorry. He shrugged his shoulders and smiled before turning away. I then felt guilty and completely bummed that I had to reject him the first time he was going to ask me for a dance. At least I’d like to believe that is what he was going to do. But after that night nothing happened and I felt like my one chance slipped away.